Pow-wow: A Gathering of Dance and Fellowship

Native Americans from diverse tribes and regions of the country have shared many stories about how Pow-wows continue their traditions and culture. The Pow-wow is a community gathering of dance and fellowship.

As many contributors note, these events allow Native Americans, sometimes from a singular tribe and sometimes from many different tribes, to assemble in celebration of their cultural heritage. Attending a Pow-wow allows people to share traditional foods, dance, song and craft across generations. 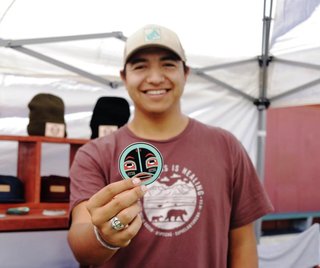 Lipan Apache from the Lipan Apache Band of Texas
Growing up in the city there is a lot of events that happen and a lot of powwows and gatherings. So, one of them is just coming to powwows and being able to connect with our culture through there. For me personally, it's not only a place for me to learn and reflect, but also to see other native folks and meet other native folks. So, it's been growing up in the city and going around and visiting these powwows have kind of helped me in that way to connect with my culture and to connect in general. 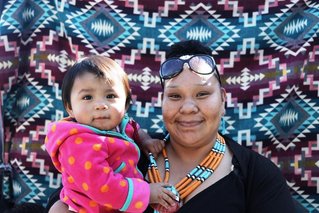 There is different ways we celebrate our culture, there's different ceremonies, there's all kinds of ways. I don't even know where to start from. Like here today, we are having a powwow. This is a culture event where different nations come together and they dance and show what they have out in the middle of the dance arena. This is pretty much open for any nation Indian from all over. We all come together and that's what forms a powwow.
We speak our language, we make our foods, or we have family coming over, we even go back home to the reservation. They learn and explore and see different things. They know where they are coming from and we tell them every day too. It's not just something that's there. It's in our culture and it's in our blood. My kids they learned how to bead too. So, when they go to their events or different youth programs they show other people how to bead, and they are amazed that they know how to do stuff like that. I'm glad and I'm happy that they are learning their tradition, even passing it on. So that is one thing that we do in our family. Sometimes we will sit down and do beadwork, or different ideas that we put together, but pretty much we're a normal family like everyone else. But we do encourage and push our kids more because we come from a more difficult part of, I mean we come from the reservation, that's like somewhere far for us to be even here in the city just right now. And my kids know how to present themselves to other people, and I'm glad that they share their knowledge. They share it with other people and I'm glad they do that.

We share continue to share our cultural knowledge and traditions by practicing them during powwows and other traditional ceremonies including the ghost dance, round dances, sweat ceremonies, and the sun dances. We are from the Oglala Sioux Tribe on the Pine Ridge Reservation. 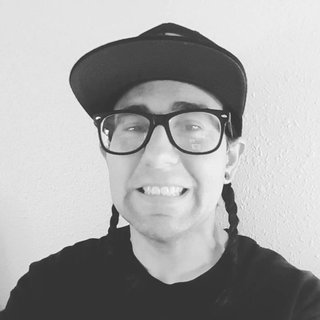 I continue my cultural knowledge and traditions through TEK (Traditional Ecological Knowledge) such as medicinal plant growing and use and Indigenous Food Preservation. I am also a Northern style powwow singer and will return to the powwow circle after a hiatus in 2019. I am honored to have been invited to be a member of the Kiowa Gourd Dance Society and enjoy studying Native languages.

I belong to three different communities: the Native American community in the St Louis area; the San Francisco Bay Area and the Chico, California intertribal community. Each community is known for its own unique contributions to Indian Country, primarily in the area of working to promote the sovereignty of local tribal entities and through local traditional art forms such as basketry, beadwork or ledger art. 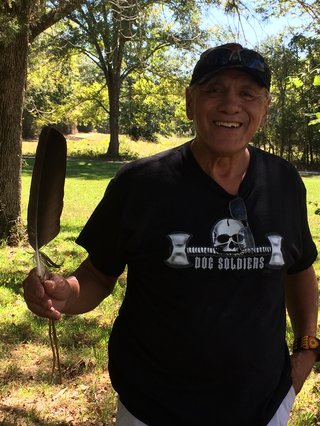 Tribes: Chickasaw, Cherokee, and Northern Cheyenne
"By following the Pow Wows, the Stomp Dances, and by coming to Archaeofest - they asked me to be a Story Teller. Passing on what I've learned as a child to other children.  I think by doing that I believe very strongly that you can actually stay within your culture; pass your culture to them and they understand you more clearly".